You didn’t think I was finished, did you? No, we’ve got one more round in the ring. This one goes out to arguably the most anti-climactic yet exhausting one of the bunch: Breaking Dawn.

We pick up here with Bella and Edward’s nuptials swiftly approaching, and Bella is apathetic at the very least. It’s one thing to love a man like she does, but it’s another to sacrifice your beliefs entirely for him and his overbearing sister. No Alice slander here, but she is, objectively, a lot.

One thing about Bella, or the writing of Bella, that I very much hate is how she “figures out” that what she originally said she wanted or believed or thought ends up not being true. For example, loving Jacob. It makes NO sense, but as soon as they are halfway through that second kiss in Eclipse, she accepts that her love for him is something she just didn’t realize she had before. Like, no, Jacob is manipulative, and you’re in a toxic situation; get it through your head!

This final installment is simply one big “oh I didn’t realize until it was happening how much I love and want this” story. To an extent, sure, I can get on board with that. It’s like not realizing what you have until it’s gone, right? And I’ve never been pregnant or had a baby before, but I do know it can change your perspective. But this book takes it too far, even for a supernatural world.

Something that has rubbed me the wrong way for years is that Bella is coerced into waiting until marriage to have sex, then coerced into a huge wedding she doesn’t want, then when she does have sex for the first time, SHE GETS PREGNANT. Yes, I am aware that she and Edward have sex a few times, but she starts feeling overly hungry and weirdly sick and tired after the first time. So say what you want, it happened then.

I had some of my own questions, as a woman, for Bella and how she accepts this waiting-to-have-sex ultimatum. Did she and Edward only kiss before this? How frisky have they gotten in the past? Was Edward just a hard-and-fast no on everything but kissing? And if he was, I have to ask if Bella had some solo sexy time so she could at least figure out what feels good for her. I may not have a lot of faith in her as a character, but she has to have enough sense to do that much. Right? Right? As a prudish little thirteen year-old, I didn’t think too much about this as a concept. Being a Jonas Brothers fan during their purity ring era, it seemed fine to me. But now, as an adult who reads spicy romance novels in the Costco gas line, this went 0-100 real quick.

And to me, after three whole books of Bella not having maternal instincts, except cooking for Charlie and expressing her desire not to have children at all, it did somewhat feel like a punishment that she got pregnant and saddled with a baby she never wanted. I believe in having a change of heart—and I believe in the power of hormones!—but the lengths she went to physically and mentally to go through this incredibly risky pregnancy, when she didn’t feel ready for any of it just a few pages prior, wasn’t realistic or even feasible to me.

It turned into a completely different story.

Oh, and don’t even get me started on Jacob imprinting on the baby. I do not care in the slightest that he doesn’t age and that she ages quickly–it is disgusting!! So much of these books is about mating. As adults (ish, Edward is still seventeen sort of), they want to find a mate: Alice to Jasper, Carlisle to Esme, Rosalie to Emmett. I’m all about companionship and partnership, but when it came to Renesmée (ya know, the Loch Ness monster), A LITERAL CHILD, so much of her storyline was about mating and the idea of her as a future romantic partner. 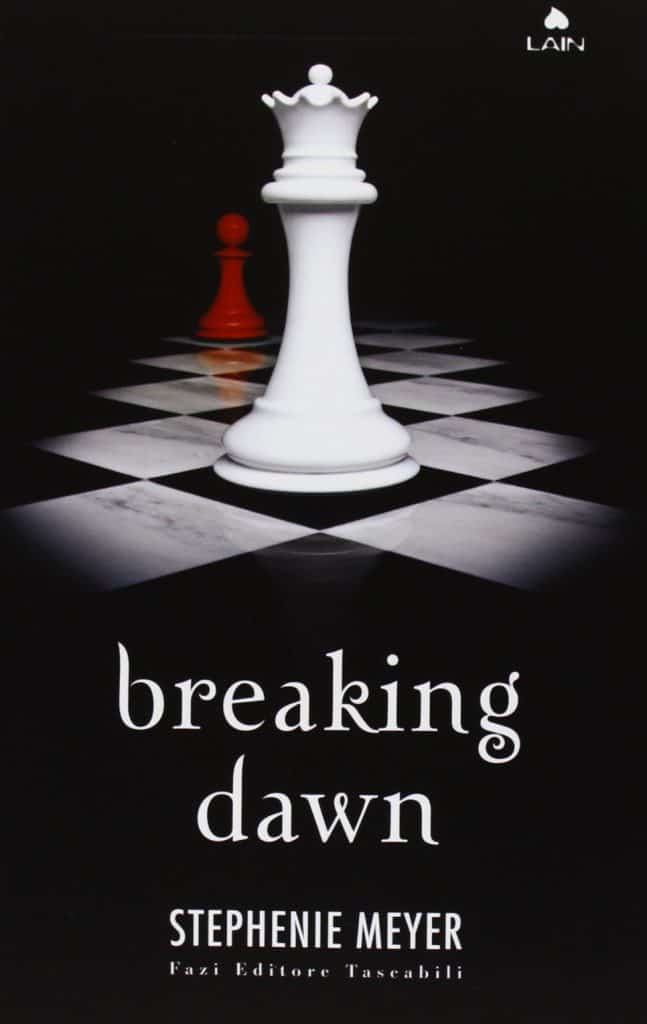 Then there’s the lack of action in this book. Other than the scene in the ballet studio in Twilight and the very brief Eclipse battle between Edward, Seth, Victoria, and Riley, there really isn’t anything going on besides a potential threat. The climax of the previous books was a bit meh, but this one really built up that something exciting was going to happen: a showdown between the Cullenses and the Volturi. But no, there was no battle, just a lot of arguing. It made for a kind of boring read, to be completely honest. Readers weren’t given what they were promised, and I felt cheated. I didn’t feel any fear for the characters’ futures, since I could tell that Stephanie would never hurt any of the Cullenses. As a writer, I can relate, but come on. Spice it up! Give us some actual danger instead of simply the threat of danger.

One thing the movie does very well is give us a real battle. Fighting and death and theatrics. I remember being in the theater—I was about to get up and walk out when Aro held up Carlisle’s decapitated head. Full-on shrieking and gasping in our seats. We knew there was no fight in the book, so what the fuck was this??? Only to have it suddenly pulled back and be a vision from Alice … phew, what a rush! The book is downright a snore next to that. Once I read the first book for the first time, I knew nothing was ever going to happen to any of the core family members throughout the series. Nothing. And it took away the excitement and anticipation you’re supposed to have when reading a book like this. The tension was minimal, and when I was a kid, my heart was relatively cool with that. As an adult and as a better reader, I want alllllll the tension. Give! Me! The drama!

And in the last fifty pages, Stephanie throws in a new fact, that the wolves aren’t actually werewolves but shapeshifters. Caius’s aggression towards them in this climactic scene is that apparently he hates werewolves. Why? No idea (thanks, Stephanie). But Aro simply tells him the wolves are not true “Children of the Moon,” so they can’t do anything about it. Nothing came of throwing that detail in at all. She could’ve just said Cauis hated them because they smell bad and kill vampires. What was the point of this random non-explanation?! This book was exhausting to get through.

Do I regret reading these books again? Not necessarily; it was mostly entertaining. Do I think anyone else should read them? No.

I can credit Stephanie Meyer for making this genre what it is now in the mainstream media, but I will constantly be wondering why this was the series we collectively chose to lift onto a pedestal. I need a nap and an enemies-to-lovers romance to cleanse my mind, stat!

What defines a “good” mother and who gets to decide? In her debut novel, The School for Good Mothers, Jessamine Chan grapples with the...
Read more
Books