Easy Beauty is a memoir of many things: Chloé Cooper Jones’s experience as an academic, a traveler, a mother, a partner, a tennis fan, a film critic, a disabled woman. It is as complex as she is, and the stories told connect the dots between what appear sometimes to be disparate parts of her life. The memoir opens,  “I am in a bar in Brooklyn listening as two men, my friends, discuss whether or not my life is worth living,” and so sets the scene for the rest of the author’s experiences moving through the world as a person living with sacral agenesis, a rare condition that, among other complex things, causes her to live with chronic pain. 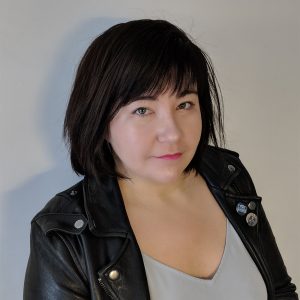 The story quickly moves from Brooklyn to Italy, as Cooper Jones embarks on a research trip to visit the ancient monuments that will perhaps inform her next academic endeavor. As we travel to Milan and Rome on trains and buses, then later to Cambodia on tuk tuks and boats, we witness both the mundanity of travel in an inaccessible world, and the search for purpose through the trips themselves. Cooper Jones is unafraid to paint herself as infallible; she doesn’t allow her disabledness to assume an innocent identity, something she learned when she was young, through observation. “This feeling I had that my disability kept me on life’s sidelines was painful but could also be a helpful delusion. If I am outside the boundaries of the real world, then I am incapable of influencing or inflicting harm. But I was in the world, and I could cause harm, as much as anyone, more even if I pretended I was exempt.”

Returning to her adolescence and her more recent dating life, she unravels the myth of disabled women as perpetual children—infant bodies to be protected not sexualized:

“As I got older, I learnt there were abstract places where I didn’t belong either. Sexuality, romance, love, –partnership—these were all part of a province that I, as a disabled woman, was not meant to enter. I saw people cringe when I mentioned a crush or joined my girlfriends in lusting over a celebrity. I was neither expected to date nor marry. Doctors had told me my entire life I couldn’t get pregnant. It was presented as a certainty that motherhood was yet another space I was excluded from. My parents believed the doctors and so did I. I accepted what I thought was a fact. And as a result, part of my imagination never developed, the part that wonders what it might be like to love your own child.”

Cooper Jones was born in Kathmandu. She recalls her early years through conversations with her mother and letters from a somewhat estranged father. Throughout the chapters, she considers what is was like to be mothered, to be a disabled daughter, and to mother herself, her son a fleeting image on FaceTime through her trips abroad, his personality so carefully translated to the page, he circles back to your mind even as you read of Cooper Jones’s travels away from home. 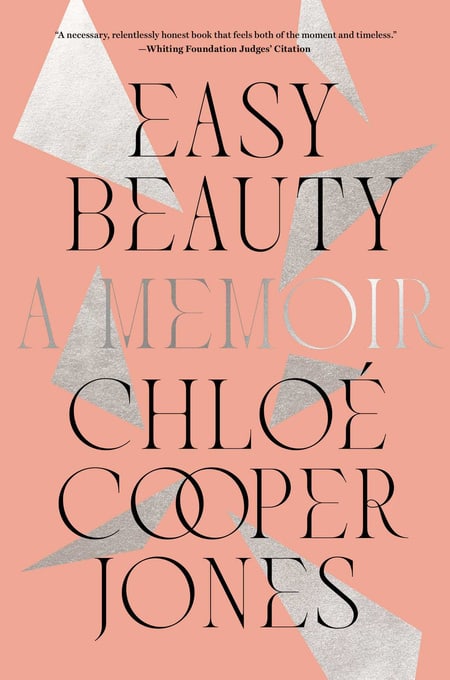 Spattered throughout her academic experiences are incidents of everyday discrimination, descriptions of what it means to be disabled and to avoid discussing it, and considerations of whether it is possible to be lauded for work that doesn’t directly relate to one’s identity. Unlikely, it seems, in this economy. There are those interactions that appear to be shaken off, but as any disabled person knows, amount to a chiseling away at the self, a niggle in the back of your mind each time you repeat a motion, a gesture, an act, that has been mocked before: “When I was a teenager, a man once watched me going up the stairs and he said, ‘Grace eludes you.’ I seemed to be struggling, which struck him I suppose, as ugly. Does this man remember what he said to me? Does he return to the memory each time he sees the stairs?”

On pain, she describes willing her body to conform, an occasional pursuit of pains in confirmation of something existing in a dark mind: “I finish my final meal in Varenna, I walk up into the mountains—I’m stiff from my hike the day before and soon my body is more than stiff, it is in agony; I walk and walk, up higher and higher. What I want is pain, what I want is to feel the ugliness of myself, my body and mind; it scratches an itch, it confirms what calls in front of me for confirmation.”

Within that there is a radical honesty, an understanding only someone else who suffers can see, the searching for something that reveals to the body’s owner that the dysfunction they feel is observable to the outside. Let me show you, body, how sick I know you are. She discusses her neutral room, a place to retract to when pain is insufferable, when torment from others becomes unsafe. It is a coping mechanism akin to dissociation; once again she is able to articulate a specific form of copying and mental health survival recognizable to me and disabled kin of mine.

The namesake of the book comes from British philosopher, Bernard Bosanquet, who described the youthful skin, a rosy glow, an easy to classify something, opposed to difficult beauty, a frustrating conundrum, a disruption to our habits of thinking: “Being disabled in public reinforces a lesson over and over: people want things to look right for them. To get what I want, I must only play the role of a confused little cripple.” Within the chapter of exploration Cooper Jones attends a Beyoncé concert after an unexpectedly distressing run-in with a graduate student that forces her to confront a fear, a phobia of outsideness: “I look from the stage at an ocean of people, all united in a blunt, triumphant beauty, and I think of all the ways I’d nearly rationalized myself away from this, how many layers of superiority, pretense, theory, I’d used to build up my little house of self regard that kept me inside, shielded.” There is mastery in the way Cooper Jones moves from pop culture inertia to grand theories of philosophy, and that is how it should be. She illustrates to herself in real time, and relays to the reader, that the joy in beauty is to be found by not discriminating against what brings it to us: beauty as joy, as elation, as self acceptance. This is not a book attempting to convince the nondisabled that bodies like Cooper Jones’s (and mine) should be acceptable or desired as beautiful; it is (rightfully) below her to tout beauty as something to be wished for. Instead, Easy Beauty takes a reader to unexpected places, through a convoluted path that traces the journey of the author’s life and its many moving parts.