Following her poetry collection, Life Without Air, comes Daisy LaFarge’s debut novel Paul, a literary novel following protagonist Frances Hawthorne. Frances is a medieval history graduate student who, seeking an escape after an unspecified disgrace in Paris involving her professor A.B., spends her summer in rural France. She starts with a week at eco-farm Noa Noa in Lazeaux, run by the enigmatic and older Paul, who takes an interest in her despite him being more than twice her age.

Frances, whose graduate research work focuses on translation of an old French manuscript, finds commonality early with Paul when he shows her the view of Mount Tagire from his bedroom window and she discovers piles of journals relating to his travels in the mid-‘90s to Tahiti. At first, Frances simply admires Paul’s adventurous spirit. She finds herself curious about his travels, and then she starts to reflect upon her own choices up until her arrival at Noa Noa: “I begin to feel ashamed of my institutionalisation, why hadn’t I found my own way like Paul? Why had I followed A.B. so blindly?”

There’s deep foreshadowing in Frances’s realization on meeting Paul, as she acknowledges how her devotion to A.B. led to her current situation. She consciously makes an effort to decouple herself from A.B., while simultaneously beginning to admire Paul, and we learn that’s how her problems with A.B. started. In attempting to escape and heal, she has unconsciously restarted the cycle.

Lafarge’s use of character names is telling. We are presented with Paul, who is only ever referred to by his first name, to A.B., Frances’s professor, who is referred to only by his initials, and Frances, who is often referred to by her whole name, Frances Hawthorne, which comes across in an almost childlike or patronizing way. It brings to mind Daphne du Maurier’s Rebecca, which expertly showed the titular character’s essence, who, by never being named, is moulded into her husband’s image, becoming part of him and his estate. Similarly, Frances, who is shy and often described as amenable by complete strangers, becomes a shadow of Paul, a passive witness to his ambitions and dreams. Although she has a name, she loses her voice: “All the same, I began to imagine what life would be like in Lazeaux, an endless summer of bike rides, festivals and long, wine-filled evenings.” 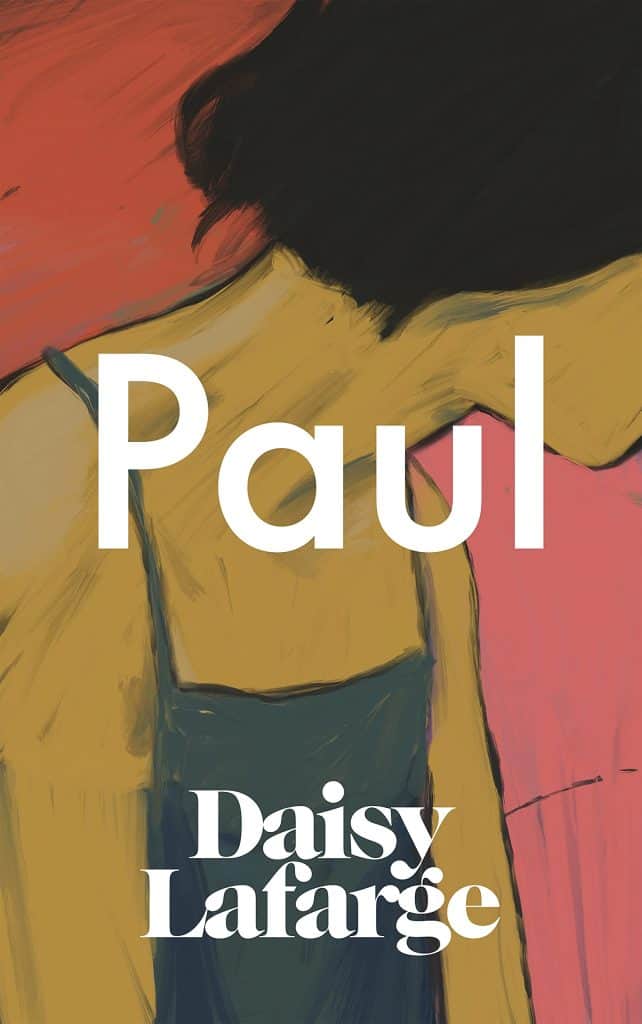 Frances becomes embroiled in the fantasy created around her, and the novel becomes a social commentary on that vision of an ideal partner, of becoming someone else’s goddess to escape one’s own reality. It takes a critical look at significant age gaps in relationships and the implications of older men liking much younger women, as well as imbalances of power in relationships, idealization, and the inherent need of some people for a person that understands them fully, while others avoid deeper reflections of understanding themselves.

And that deeper understanding is something Frances seems to struggle with. We often perceive what Frances wants us to, but dripping into the cracks are moments she notices, but misinterprets, in her blind pursuit of this idyllic escape in rural France. She bends to others’ whims, without question, even when their whims don’t reflect what she would have wanted or chosen for herself. And as the cracks widen and reality begins to seep through, she alludes to the reason behind her swift departure from Paris, and her tendency toward passivity develops into the extreme of actually losing her voice and allowing others, like A.B. and Paul, to tell her story, even when their recollections differ from her own.

The expertise with which these uneven relationships are maneuvered makes me wonder if there is any personal truth reflected in the narrative, or if Lafarge simply has an expert hand at navigating complex relationships, drawing parallels with Paul’s love of anthropology to Lafarge’s modern-day interpretation of him, displaying this story like a work of art, to allow us to reflect upon how we perceive ourselves and our relationships, both past and present.

Lafarge’s writing is beautifully refined, evoking pleasing scenery from the chateaus across France to the rolling hills and sun-soaked fields, and even comparing cars queued at a McDonald’s drive-through as a “slow dance” that is “elegant, rhythmic, each member belonging to some choreography larger than itself.” It’s a narrative that meanders across three parts, but it’s a pleasant journey to follow, stormy at times to reflect the complexities of human nature, with an ever-pulsing beacon in the distance guiding Frances.

It was a pleasant surprise when reading the acknowledgements to discover that the novel’s names, place names, and anecdotes are drawn from a biography published in 1901 titled Noa Noa: The Tahitian Journal by Paul Gauguin. It adds a deeper layer of meaning to the story, a contemporary reimagining of an influential artist, that will appeal to many readers, as it did for the Society of Authors who shortlisted the manuscript for their 2019 Betty Trask Prize. Lafarge presents genuine artistic merit in Paul, which is ultimately a multi-faceted and vibrant debut from a confident writer.