Books: I Should Have Honor by Khalida Brohi

In her 2018 memoir I Should Have Honor, activist and social entrepreneur Khalida Brohi writes about growing up in a culture in which domestic violence and honor killings are not only tolerated, but venerated.

“Long before I was born, my mother lived in a small village in the heart of the vast rugged mountains of Balochistan, Pakistan’s largest province,” Brohi begins. The initial chapters of the memoir alternate between Brohi’s first person point of view and third person. In these opening chapters, Brohi sometimes refers to her parents as “my mother” and “my father,” so we know she is telling the story of her family and her origins. But other times, particularly when she is writing about her parents as young people, she refers to them by their names and switches to third person, writing from her parents’ perspectives. She is telling the story of people she never met—her parents as children—and this is their story. Slipping into third person in these early chapters creates a little more distance, but it works. We begin reading a story, almost a myth, but in Brohi’s talented hands, the story unfolds in a way that is shocking and impactful until it emerges whole from the mist as something real and tangible.

An honor killing is the culturally sanctioned murder of an individual, almost always a girl or woman, in order to protect or restore the dignity and honor of the murder victim’s family. The gender-based violence Brohi witnesses and hears about impacts her life’s trajectory, her experience of what it means to be born a girl, and her understanding of what the term “honor” means.

“One insidious thing about honor killings is that their purpose is to destroy not just the body but also the soul, so that by forgetting her, the family can hope to restore the dignity they have lost because of her. Often after a girl is murdered, her belongings are buried or burned; friends and family are not to speak of her ever again; her name is never mentioned aloud. It is supposed to be as if she never lived.”

Throughout her memoir, Brohi gives readers specific examples of events that inspire her to pursue an education. At one point, she witnesses her friend’s mother being kicked out of her home for “dishonoring” her husband by visiting a neighbor without permission. Brohi decides then and there to get an education so she will not be helpless if something like this ever happens to her. There are a number of factors that go into Brohi’s decision to get an education, and it is a decision that percolates over time, but Brohi’s recollection of this single, impactful example of something that solidified her decision works well.

Brohi’s personal journey is most significantly impacted when she learns about the honor killing of her cousin, Khadijah, a girl Brohi admired and looked to as a role model.

“My world stood still in that moment. The soft sounds, shadows, and lights disappeared, making way for a thick darkness as I tried to grasp what I had just heard. I don’t remember falling asleep that night, but I do remember that everything was happening very quickly. It was as if ghosts descended upon me in my safe and known world. Although I had known of honor killings before, they had always been at a remove, never touching me directly. This moment of registering Khadijah’s death marked the end of my innocence, and it raised questions I would struggle with for the rest of my life.”

After her murder, Khadijah is erased—her name is no longer spoken. “[T]he photos of Khadijah were taken away and buried or burned….” But by writing this memoir, Brohi restores Khadijah’s name and identity. I could not help but think of Maxine Hong Kingston’s “No-Name Woman,” written about Kingston’s aunt who was similarly erased. Both Brohi and Kingston restore these women, not only to themselves and their families, but to us and to the world’s history. 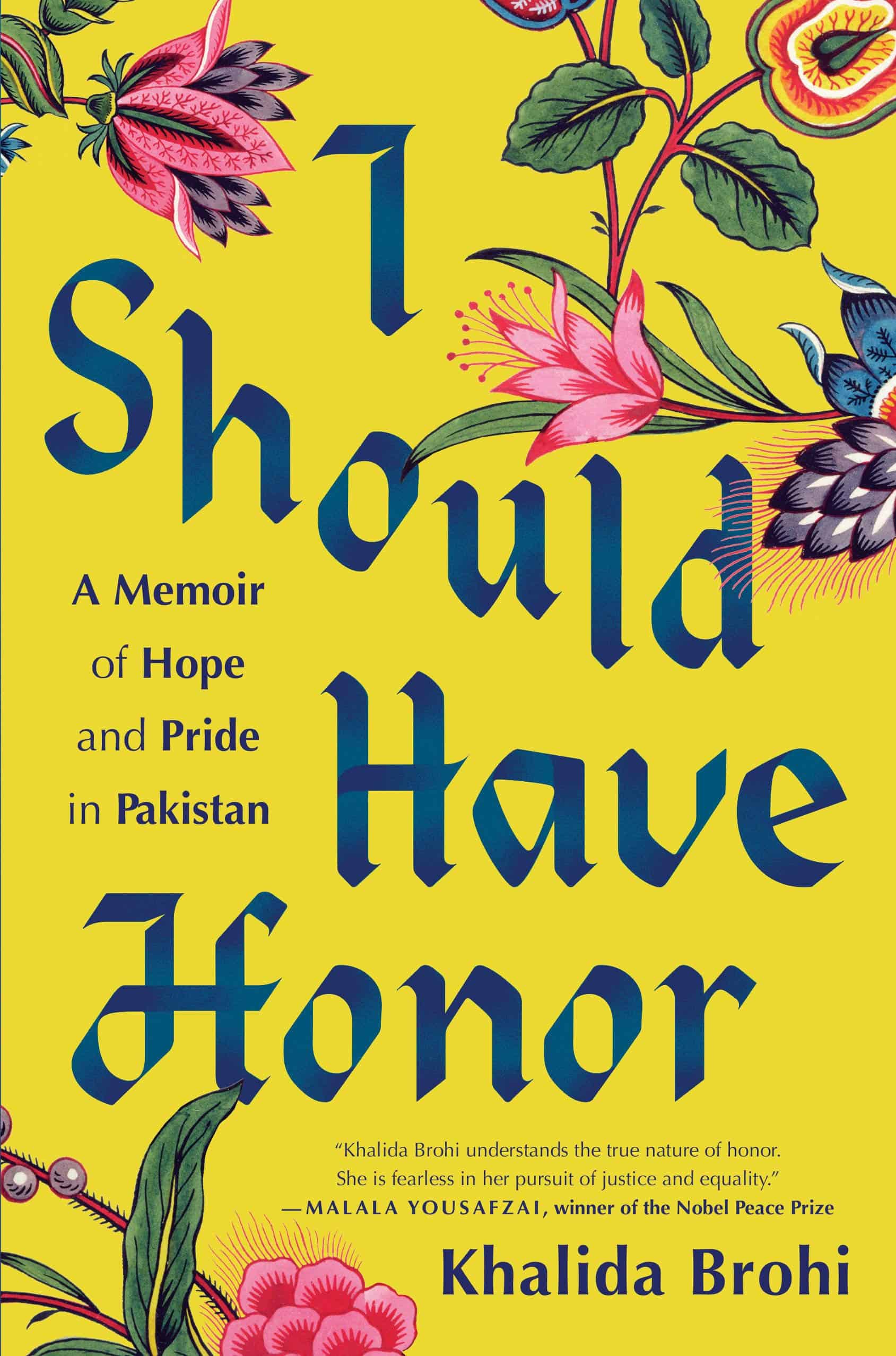 Brohi’s own experiences and the things she witnesses lead her to a deeper and deeper understanding of what is taking place in her culture insofar as gender-based violence and honor killings. These events are all interconnected thematically and propel both the narrative and Brohi’s life journey forward. Readers are witness to the evolution of a human being’s beliefs and values. Each time Brohi witnesses situations in which women in her culture are subjected to abuse or violence, she gains a little more understanding and becomes a little more committed to not only educating herself, but to becoming an activist and doing something about it. And then, when she begins her work to create change for women in her culture, she encounters situations which force her to reexamine how she is going about her mission and to recalibrate based on her new understandings. For example, one experience causes her to realize how deeply ingrained physical abuse of women is in her culture, to the extent that the women not only accept it, but feel they did something to deserve it. This new understanding allows Brohi to effectively adjust her strategies.

Khadijah’s murder, Brohi comes to believe, “left no room for honor.” As Brohi begins her memoir, the term “honor” has more to do with false pride and controlling women and their bodies than true dignity. The women in Brohi’s culture are subjected to horrific circumstances so that the men in the family can either boast that their wives and daughters are chaste or save face with the other men in the community by punishing or even killing the women who have embarrassed or “dishonored” them. Brohi continually examines what honor means to those around her and redefines it as she decides what honor means to her and what it should mean for everyone. We as readers are witness to the honor that comes with standing up for someone who is unable to stand up for herself, the honor inherent in respecting and loving family members, the honor of sacrificing for the sake of others, and the honor that goes along with choosing a life path in service of others. Brohi realizes that her father honored her and her mother by subjecting himself to the disapproval of his male relatives in order to give both his wife and his daughter an education and a chance at a better life. By the end of the book, honor is more accurately reflected as the dignity and self-respect everyone deserves and the respect for others that is it is our obligation to give to one another as human beings.