Books: I Think My Eyes Are Bleeding? A New Moon Reread

You didn’t ask, but I still answered. Once I started with the madness that is Twilight, I had to continue feeling pain, and that led me to the second installment in this twisted, vampy “love” story: New Moon. When I first read these books, this one was by far my least favorite. My thoughts have since changed (looking at you, Eclipse), but this is still up there on the list of things that make me queasy.

New Moon is what I like to call the Jacob Vortex. Very early on in the novel, Edward leaves to protect Bella from him and his tortured life. Yes, Jasper sort of made a move to kill her, but I still think this was a big decision to make for her—not that Bella makes the best decisions for herself anyway, but I digress. I can hang with the why, but that doesn’t mean it wasn’t pretty fucked up of Edward to do it like this.

Additionally, I genuinely don’t understand how Bella could believe that Edward didn’t love her anymore when he’s spent the last seven-ish months making her his entire world. It’s so abrupt, and it tells you something major about Bella’s own self-worth: it’s non-existent.

Regardless of how out of left field it is, Bella’s depression is … a lot. I’ve never been in love before. I’ve said it to two of my ex-boyfriends, but I know very well post-break up that it wasn’t real. Personally, being a somewhat heartless human being, I couldn’t imagine being this torn up over a boy, no matter how beautiful he is. I did pose this question to my Instagram followers, and I got some excellent responses about how this kind of depression is, in fact, real, so I stand corrected in that sense. But still, I don’t actually know what Bella even likes about him.

Anyway, when Bella finally comes out of her stupor, she decides that Jacob Black is going to be her medicine. It’s fully selfish and manipulative, but I suppose she learned from the best. She’s desperate to be self-destructive, and while I know what this kind of behavior feels like, Stephanie Meyer doesn’t present it very well. It all comes back to this made-in-the-stars connection between Bella and Edward, but the draw to danger just to hear Edward’s voice inside her head … it’s a little too lightly portrayed. It’s almost encouraged. Even though Bella allegedly knows it’s wrong to be reckless and to use Jacob, there’s no level of consciousness that maybe she should, ya know, not do it. There aren’t any consequences for her actions, just rewards, and I don’t think that’s the example that should be set for the very impressionable audience these books have.

The whole time she uses Jacob, every time he shows her he’s more interested than she is, her internal monologue knows she should correct him, but she doesn’t. She likes the way the attention feels. 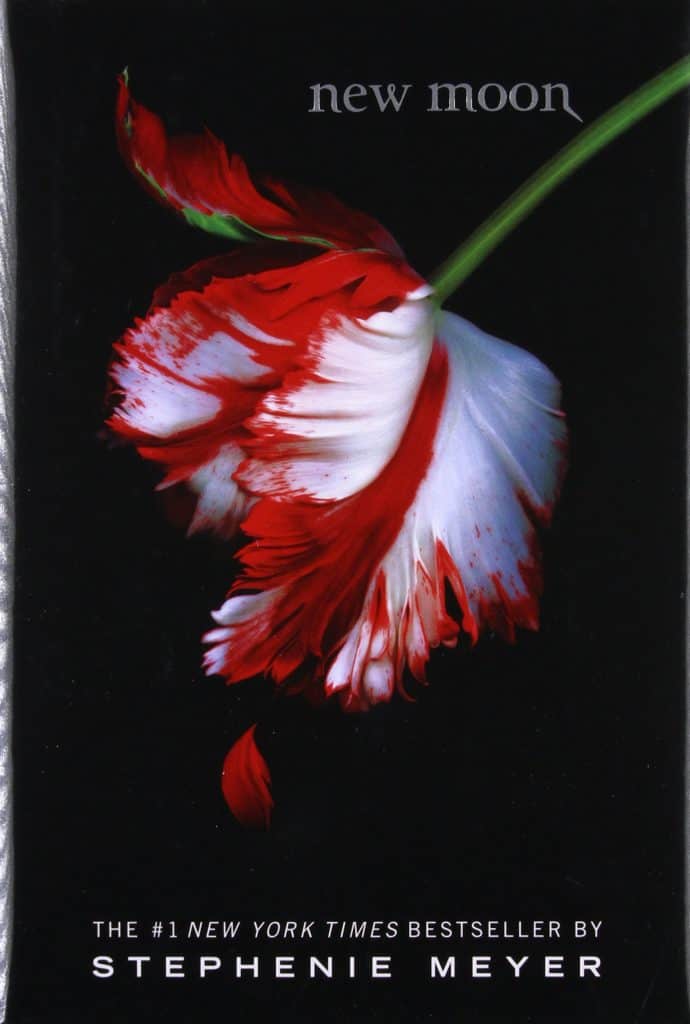 They do have a conversation about the state of their relationship after the movie with Mike—I won’t talk about how the film version called the movie they saw Face Punch, but whoever was in charge of that: jail. Jacob points out that Bella likes him better than anyone else, but he confirms it’s just as a friend. Then he tells her he’s ready to be a persistent little shit, even though she says her feelings about Edward are not going to change. It’s even worse when she admits to herself that she loves Jacob (though still not quite romantically) because he fills the pit in her stomach Edward left, that she needs him like a drug, that even though she knows she won’t change her mind she will let him try. That is not love!!! I can’t express how much that is NOT love!!! And it just makes Bella an asshole for letting him believe he has a chance.

I’m often angry at Bella for thinking she is the villain of this entire series (because Eddie and Jacob are bad news), but she really, really sucks. I almost can’t be mad at Mike for snapping at her about leading Jacob on because yeah, she is being cruel.

And selfish! Yep, we’re onto the cliff diving. An aspect of Bella’s post-break-up depression is that she is blind to everything outside of her seriously misguided attempts at seeing this ghost of Edward. I know she has no way of knowing about Harry Clearwater’s heart attack, but she’s so desperate to be reckless that she doesn’t once stop to think about how her actions affect those around her. She never thought to wonder why Jacob was late to their cliff-diving excursion—she was too eager to wallow in her misery. As much as she needs Jacob like air to breathe, she needs this illusion of Edward more. She even refers to ghost-Edward’s anger as lovely when she’s about to jump. Sorry, anger is not lovely. That’s a red flag that sparkles as brightly as his skin in the sunlight.

Speaking of Edward and sunlight, there’s a whole last third of this book to get through! Alice comes breezing back into Forks, thinking that Bella is dead. Well, surprise, surprise. Bella isn’t dead, just stupid.

My biggest critique, maybe, of this section of the book is how cavalier Bella still is about turning into a vampire. While she and Alice are talking on the plane about the Volturi, Edward, and what a mess everything is, Bella actually thinks Alice will turn her into a vampire ON THE PLANE. A whole ass transatlantic flight full of people! The awareness is not there, and it’s difficult to look at her as a character and admire her. She doesn’t think anything through.

Even worse, she’s so ensconced in this idea of “good vampires” that when she sees the human who works for the Volturi, she is disgusted that anyone could want to be one of them. Like, Bella, that is what YOU want. You can’t blame this person for wanting exactly what you are begging for every chance you get just because you think the existence of vegetarian vampires absolves them from being monsters. Sure, I can agree with seeing them as “better” since they don’t kill humans, but they’re all still vampires. She does the same thing in regard to the werewolves, even after she finds out they weren’t the ones killing people. She still largely sees them as monstrous beings that she needs to be cautious around.

Werewolves are not tempted by your blood. Werewolves do not try to kill you after you get a paper cut. Werewolves don’t kill people at all, just vampires. The Cullens hunt animals, but they’re still vampires, and most vampires do kill people. Her logic doesn’t make sense.

This whole book to me is a bit of a train wreck. It serves the Jacob corner of the love triangle to us on a platter—essential to the rest of the series—but, after this read especially, that’s not a platter I want to be eating from. Check, please.

What defines a “good” mother and who gets to decide? In her debut novel, The School for Good Mothers, Jessamine Chan grapples with the...
Read more
Books