Books: My Brain Is in a Supermassive Black Hole: A Twilight Reread

Picture this: it’s 2008, and you’re in an endless line at the movie theater, waiting for someone to pull back the velvet rope so you can push your way into the perfect popcorn-and-soda-stained seat. Everyone is wearing either a promotional T-shirt from Hot Topic or something homemade that screams their chosen side in a love triangle. You’re clutching some kind of merch, you’ve drawn bite marks onto your skin, and you’re almost shaking with the anticipation.

It’s the midnight showing of Twilight.

When I first read the Twilight series in middle school, truly, I felt mostly indifferent about it. The concept was cool, it was suspenseful, and as a speedy reader, it kept me tied down for a good week or so. But I didn’t buy into the story. It wasn’t until I talked to other people and movie chatter began that I was able to join the hype. I knew I was still meh on it, but it’s hard not to get excited when you’re surrounded by that level of enthusiasm.

I hadn’t reread the books since early high school, and after rewatching the movies a few weeks ago, I decided it was time to confirm whether they were as mediocre as I remember—just alright stories about a pick-me girl protagonist and a love triangle I never believed in.

We begin with the epitome of 2000s awkward girl narrators: Bella Swan. She hates Forks, Washington, with all her heart … because it rains. That really seems to be the only reason. She tells us she loves warm weather and her mom, but nothing else she says or does really makes me believe that. She says she’s annoyed at Charlie for buying her an old truck, but when she sees it, she loves it instantly. Why? No idea. Bella is one-dimensional in that way: Stephanie Meyer tells us things about Bella, but she doesn’t show us those things or why they matter. And not to be one of those uber-critical-sounding writer assholes, but it makes for a very boring narrator.

Bella is clumsy to the nth degree and she reads. These are the things that make her “quirky” and “not like other girls.” As someone who falls a lot and is what you might call bookish, I hate these things about her. They don’t make her interesting. I’ll admit that I was melodramatic about my injuries, but they didn’t make me special. I believe that Bella tripped over her own feet a lot, I just don’t think that was something that should’ve defined her character. And reading a lot makes me happy, truly, but it doesn’t make me better than anyone else. Especially when the most-read book in Bella’s repertoire is Wuthering Heights.

Next, there’s Edward. Eddie boy, you must have some voodoo powers because I genuinely can’t figure out what’s so intriguing about you. Allegedly, he’s an Adonis, the most beautiful person Bella’s ever seen, so I can see the attraction, but he’s a trash hole to her from the moment they meet! The glaring, the cryptic conversations, the flat out stalking. The supposed hate Bella says she feels for him is so thinly veiled that it’s impossible to believe. 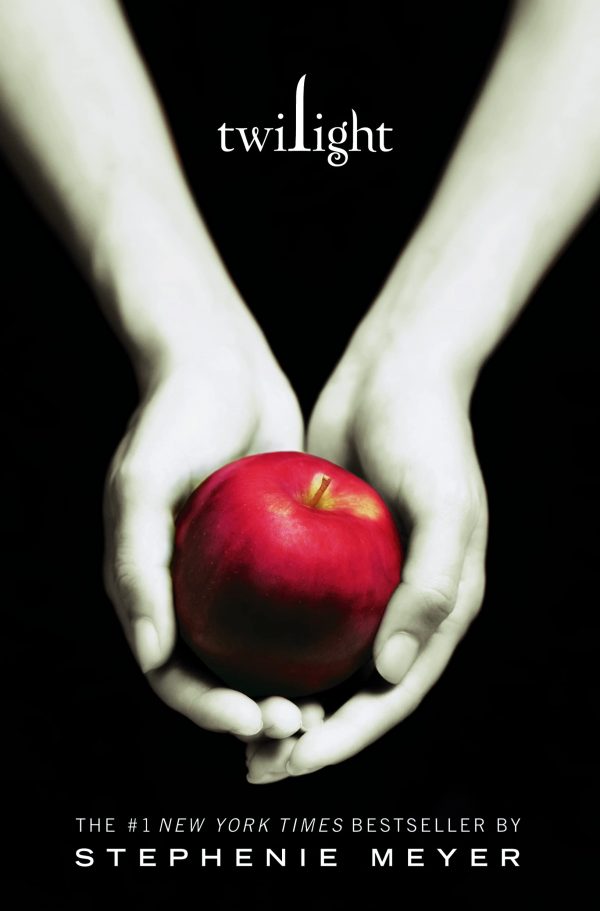 It’s my impression that Stephanie Meyer wanted to propose an “enemies to lovers” type of romance—which is my favorite trope next to “one bed left at the inn”—but it falls completely flat. I didn’t even realize that might’ve been the intention until this read. There’s nothing compelling about these two characters, and Edward is simply a douchebag. Everything he says to her sets off every alarm in my brain.

Two lines in particular really grind my gears: “‘It would be more … prudent for you not to be my friend,’ he explained. ‘But I’m tired of trying to stay away from you, Bella.’” And then, “‘You really should stay away from me,’ he warned. ‘I’ll see you in class.’”

I’m sorry … WHAT? If I had this interaction with anyone, Greek god or not, I’d scream. Ed, dude, what does this even MEAN? These are among the many suspicious things Edward says to her before she knows/he tells her he’s a vampire. A part of me understands that Meyer is implying that nothing is what it seems, but since Bella has no idea he might not be human at this point, this should shut down even the strongest hormones that make her attracted to him. Flashing lights, sirens, red flags. They all glow around Edward. I don’t care if you’re the Second Coming, you don’t speak to people this way! Being a vampire and having to keep that part of your identity a secret is not an excuse for assholery.

When Edward finds Bella in Port Angeles when she’s about to be assaulted, first of all, it’s weird that he followed her. I get that she’s a danger magnet, but it’s still uncomfy. Second of all, when he takes her to dinner after the rescue, and he says that he wanted to kill those guys, I get it, I do. I want them to die also! Men like that are bottom of the barrel, fully bad people. But based on all Edward and Bella’s prior interactions, him saying this now screams bad news. He followed her scent, read her friends’ minds to find her, and drove all over town … after telling her repeatedly he was dangerous for her? Nope. No way. I’ll pass.

Even when he confirms he’s a vampire, a literal mythical monster, she doesn’t hesitate. She says it’s fine and decides she’s in love. Girl, take a breather! Think about this! Take more than three seconds to decide if this is something you can fully accept.

I understand this is a fantasy and they’re supposed to have this cosmic, undeniable connection, but why did we, as readers, accept this? I suppose we just didn’t know better at the time. That we were so mystified by the danger and mystery that we mistook toxicity for protection and love.

Even the way they react to each other: Edward EATS a tear that Bella cries. Bella’s whole body goes into shock at the idea of being apart from him for more than a few minutes. The way Meyer, instead of using the perfectly normal pronoun “it,” calls the sun an orb. Using a less fancy word doesn’t diminish the scene in any way here, I promise. It’s all just very weird, and I can’t believe we collectively okayed this.

What I learned from this read is that we’ll forgive a lot when Robert Pattinson is at the helm. I can congratulate Stephanie Meyer for creating a world with great vibes: moody, broody, and gloomy with a touch of soulmates. But I cannot condone the lengths we went to in order to accept Bella and Edward as the portrayal of love—or even a healthy couple.

Rachel Krantz, whose author headshot makes her a dead ringer for my younger cousin Beth, is a Jewish woman writer in her thirties, as...
Read more
Books

Women and the West: Willa Cather’s Feminist Perspective of the Wild Countryside

It all started with a conversation over omelets in a booth at the Breakfast House. I was in my senior year of high school,...
Read more