Persepolis is a graphic memoir written and illustrated by Marjane Satrapi. It is an emotional, informative, and humorous memoir about what it was like for Satrapi to grow up as a young girl called Marji in Iran during the Islamic Revolution. Not only is it an enjoyable read, it taught me about the history of a country I previously knew little or nothing about.

Like Maus by Art Spiegelman, Persepolis is a graphic memoir or graphic narrative, but both are often misnomered graphic novels despite their nonfiction subject matter. The graphic novel has been gaining respect as a serious literary format in recent years after having been viewed by many as “not real books” for a long time. Satrapi’s memoir proves that, not only can graphic books deal with serious and important issues with great proficiency, but in many cases, they have even more of a lasting impact on the reader than their more traditional counterparts. The art style used by Satrapi in this particular graphic memoir complements the story brilliantly with a striking black and white color palette. Many of the frames are quite gripping, and the interaction of the text and images operates to make the overall story more engaging as well.

Satrapi’s memoir provides a refreshing look at Iran, especially given that, in today’s society, European and North American countries are plagued with images of the Middle East depicted in a negative light. We constantly hear news stories about acts of extremism and violence, but we rarely hear anything positive about countries like Iran, heightening the xenophobic attitudes of people who know little about the countries and citizens they are intolerant toward. Satrapi explained in an interview, “This old and great civilization has been discussed mostly in connection with fundamentalism, fanaticism, and terrorism. As an Iranian who has lived more than half of my life in Iran, I know that this image is far from the truth.”

This made me think of an event I read about in the news in 2015. A van was parked outside the Science Museum in Central London with the words  “Iran Is Great” painted on both sides. A major security alert followed, with suspicion of an impending terror attack or bomb scare. In reality, the van belonged to a couple who were simply traveling around the world and wanted to share the message that Iran is a great country that more people should visit. Attitudes like this highlight one of the reasons memoirs like Satrapi’s are so important. 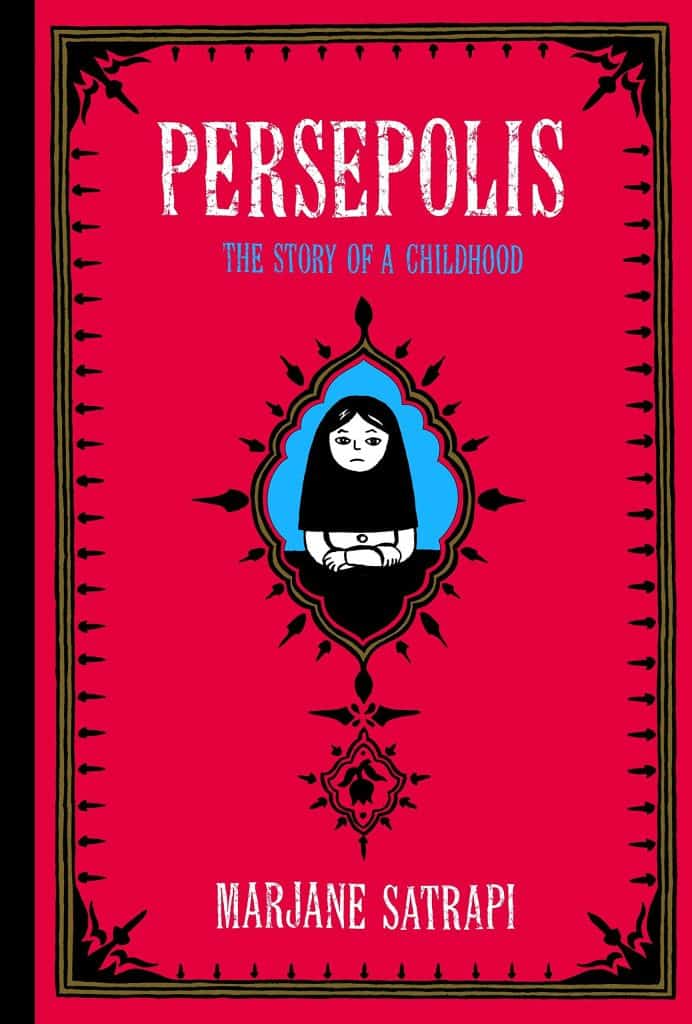 As a feminist, I am always looking at art and literature through a feminist lens, and something I found particularly interesting in this memoir is the contrast in gender roles before and after the Islamic Revolution. The memoir opens with a chapter titled “The Veil,” so from the very first page, we are aware of just how big an impact the introduction of the veil, i.e., control over a woman’s appearance, has had on the narrator and the other women in the memoir. Prior to the Islamic Revolution, Iran was a much more westernized country, contrary to stereotypical beliefs. The truth is pre-Revolution Iranian society was very matriarchal—mothers and grandmothers looked after their homes and their children while also having a say in things outside the domestic sphere and holding down jobs. Women wore trousers, skirts, and no veils. The memoir is full of strong Iranian women, such as Marji’s mother. Many people reading that statement today wouldn’t believe it to be true given the image of Iran that is portrayed through the media.

The memoir opens on the day it becomes mandatory for women to wear the veil and schools are segregated by gender. The reader is shown just how dramatically the Revolution changes gender roles in society. Women and girls are forced to hide their hair. The reason given is that a woman’s hair “emanates rays that excite men.” Although many women today choose to wear the veil for religious reasons, women and girls were not given a choice after the Islamic Revolution. Those women who refuse to comply are threatened with violence and rape. Over the course of the memoir, as the narrator matures, she begins to understand that to be a woman, according to the new regime, is to be subjugated to a lesser role than her male counterparts. As a child, Marji dreamed of being the last prophet, despite all previous prophets being men. One of the most poignant moments in the memoir is when Marji describes how her “dream went up in smoke” following the Revolution. This emphasizes how much patriarchal attitudes shape Marji’s hopes for her future. Though she had once aspired to be like the scientist Marie Curie, she now believes that, “at the age that Marie Curie first went to France to study chemistry, I’ll probably have ten children.” The Revolution aimed to instill the belief that a woman’s primary concern should be to marry and have children, but in the memoir, Marji’s parents oppose this patriarchal idea. Satrapi’s parents mirror feminism, teaching her that, “anything that a human being can do, that is humanly possible, you can do.” 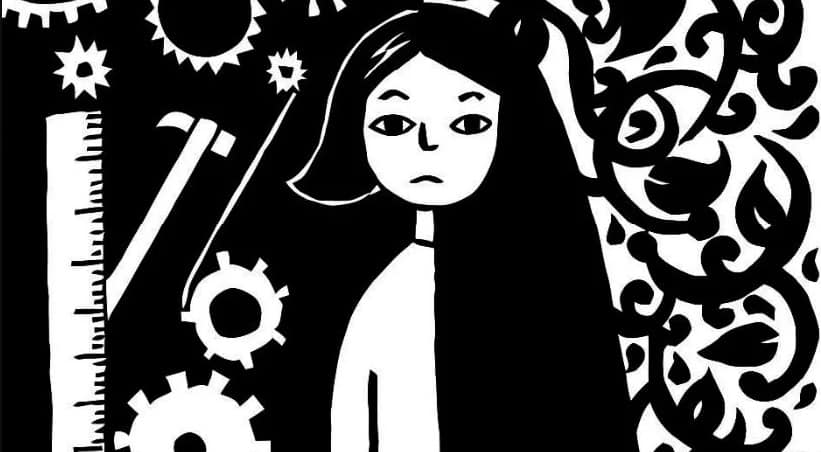 The graphic memoir form makes Satrapi’s narrative all the more haunting as the reader gets a visual depiction of life in Iran. The color palette is purposely kept simple. The only two colors used throughout are black and –white—there are no joyful, bright colors. Satrapi seems to symbolize moments in her life when she is happy through the use of more detailed illustrations and patterns, such as the ones on the clothes she wears. When Marji and her friends are forced to wear the veil, her illustrations become more plain, and the girls at school are almost indistinguishable from one another, reflecting the uniformity of the regime.

“People don’t know anymore why we’ve had eight years of war. Why their children have died …. This entire war was just a big setup to destroy both the Iranian and the Iraqi armies. The former was the most powerful in the Middle East in 1980, and the latter represented a real danger to Israel. The West sold weapons to both camps and we, we were stupid enough to enter into this cynical game … eight years of war for nothing! So now the state names streets after martyrs to flatter the families of the victims. In this way, perhaps, they’ll find some meaning in all this absurdity.”

Persepolis is educational, hard-hitting, and memorable. In addition to being a remarkable and moving memoir about a young girl growing up, it is a perfect example of a book that deals with history, politics, and religion in a way that doesn’t make readers feel like they’re reading a textbook. It was in my top five books that I read last year, and I’m sure you will love it, too.