Books: The Boys of My Youth by Jo Ann Beard

I first read Jo Ann Beard’s 1999 memoir in essays, The Boys of My Youth, during a particularly vulnerable period. A friend who writes memoir recommended it to me. By the time I got around to reading the book, it was late fall of 2020, and I was living alone, isolated in a very old house, missing my children and my grandchildren, and entering into the worst months of a global pandemic. It’s funny how nostalgia finds you in those moments. You reflect on the past as if you are dying, your life flashing and being catalogued before your eyes, only in slow motion, because the death is slow and uncertain. Reading Beard’s accounts of her childhood, her adolescence, her family, and her broken marriage, stirred memories of all these things in my own. Despite all the differences in our lives, the honesty in Beard’s writing made it easy to find and focus in on the similarities we share as women.

The essays alternate between Beard’s childhood and adolescence, her early adulthood as a woman in love, and her present-day self: a woman going through a divorce and writing a book. They also switch between joyful and heartbreaking moments, establishing at the outset Beard’s insecurities and the experiences and insightfulness which led her to write. And while all good memoir is reflective and self-aware, I found Beard’s memoir to be more pointedly and obviously so. While her narrative spine and structure reveal themselves slowly, Beard reminds us often that we are reading the story of her life and that it is a story she not only lived but wrote.

Beard’s memories of her early childhood are of a toddler who is still in a crib because she is a handful but not particularly verbal. Although she doesn’t speak much, she has a secret and rich inner life going on inside her head. She shares memories of her early years—things she sees and remembers in vivid detail, but which, at the time, her parents could not see or understand. 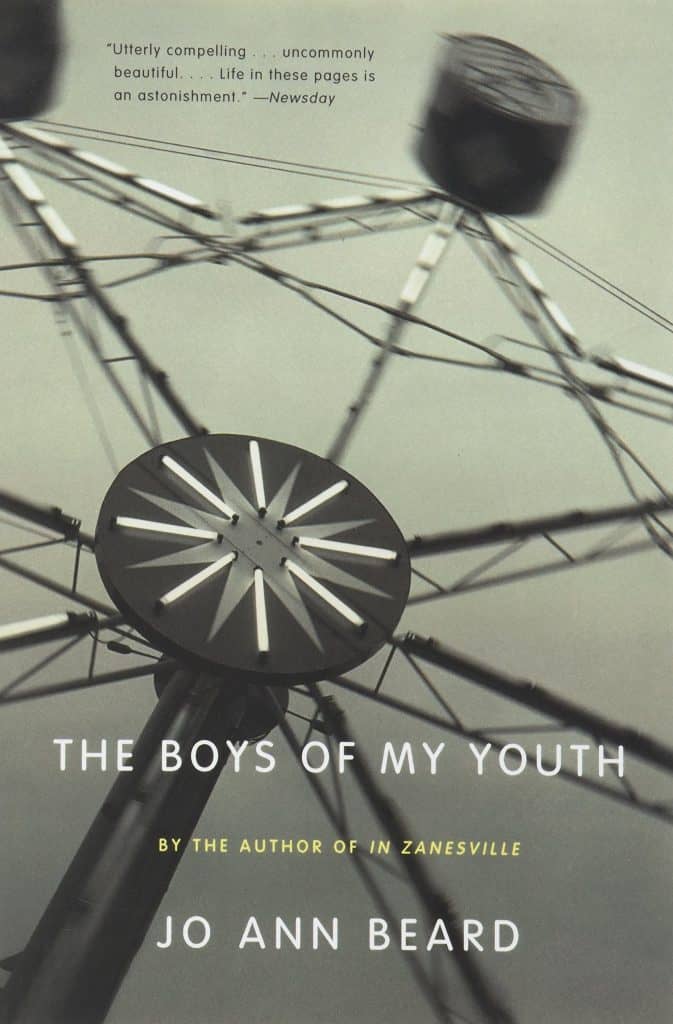 The essays about Beard’s early childhood were most enjoyable to me, funny and poignant, but usually ending in disaster. Some moments are laugh-out-loud funny, reminiscent of a dysfunctional Beverly Cleary or Judy Blume family or my own: Beard falling into a sewer when she and her sister are riding double on 19th Avenue (in violation of two separate admonitions: not to ride double and not to ride their bikes on 19th Avenue); Beard giving her sister a black eye while they are “foot-feet” fighting to settle a dispute over bed boundaries; her little brother Bradley in his cowboy boots playing with his imaginary friend “Charcoal”; her parents insulting each other’s idols—Dean Martin and Carol Burnette—during an argument at the dinner table. Reading Beard’s memoir inspired me to write down some of my own childhood memories and to try to unearth more. I was also inspired to write down things I do remember but that are seemingly irrelevant because reading her essays reminded me (as Thorton Wilder’s Our Town always does) how significant the most unimportant moments in our lives can be.

Despite the title, Beard writes not only about her romantic life, but about all her significant relationships. In “Bonanza,” she writes about visiting her grandmother as a child and realizing that all her grandmother can look forward to are nights spent knitting in front of the television: “I wished suddenly that my grandma was dead, so she wouldn’t have to knit that afghan anymore.” “Cousins” is a heartbreakingly beautiful, braided essay about the close relationship between Beard’s mother and Beard’s aunt (her mother’s sister) and the relationship between Beard and her cousin Wendell, who are like sisters.

In “Coyotes,” Beard writes about a road trip to Arizona with a boyfriend, camping in the desert. The prose in this essay is particularly gorgeous—she writes about the saguaros as if they are regal and human, royalty, “cactus emeritus.” She describes them indifferently receiving visitors, like birds, which cut into the cactus’s flesh, and after, the cactus “begins the slow, tedious task of sealing its wound.” This essay is braided, too, alternating between the road trippers and the imagined, close third point of view story of a coyote they run into on their road trip.

Halfway through the collection, the essay “The Fourth State of Matter” describes a traumatic event and devastating loss in Beard’s life. The loss occurs at the outset of Beard’s separation from her husband and points up her husband’s selfishness—he calls sobbing, pleading, wanting her to “reassure him that he’s strong enough to leave” her. It is this crushing loss outside of her marriage that seems to make her stronger and more willing to lose her husband, too. The loss of her marriage suddenly seems like nothing in comparison.

Beard follows this essay about loss with another about the loss of her favorite childhood doll, Hal, when she is still a toddler with a limited ability to express her pain or outrage. This essay contains my favorite meta moment among many. Beard remembers a conversation between her parents: Her father says that, within three days, she won’t remember losing Hal, but her mother worries that she’ll not only remember it but will be telling people about it many years later. And now, here she is writing about it.

The memoir is complex and layered. In the second half of the collection, the earlier essays begin to make even more sense and to take on deeper meaning. The final essay, “The Boys of My Youth,” tracks Beard’s life in boys/men and ends with her back at square one in some ways, but at the beginning of a new chapter in her life in others. In another meta moment, this essay finds Beard writing about writing the essays for the book.

For readers of memoir, this is one not to be missed, and for writers of memoir, it is a masterclass in excavating the past, immersing oneself in painful memories and emotions, and structuring a memoir in essays. Although the collection was published more than twenty years ago, its truths about what it is to be a girl, a woman, a wife, a daughter, a sister, and a friend, are so universal and deeply rooted in the feminine experience as to be timeless.