What defines a “good” mother and who gets to decide? In her debut novel, The School for Good Mothers, Jessamine Chan grapples with the endless ways America attempts to control its mothers and the terror and powerlessness of forced separation.

At the center of the story is Frida, a thirty-nine-year-old single mom whose one “very bad day” lands her in a twelve-month reeducation program for bad mothers. Depending on how she performs, Frida could get her daughter back. Or she could never see her again.

It all starts with an ear infection: neither Frida nor eighteen-month-old Harriet have slept in days. Frida is behind on work and needs to fetch some papers at the office. She kisses her beloved Harriet and sets her gently into the ExerSaucer, where she’ll be safe. But once at her desk, Frida loses track of time answering emails. Two hours later, on the way home, a phone call from the police: “We have your daughter.” So begins Frida’s horror story, and with it, Chan’s careful excavation of our culture’s outrageous-impossible-contradictory expectations for motherhood. Here’s where Chan’s superpowers of social observation are at their most powerful.

There is (a) an ex-husband, Gust, a sexy architect and pretty good dad who remains supportive of Frida, even after leaving her for, (b) his new, younger wife, Susanna, a gorgeous clean-living advocate and Instagrammer who is, (c) also great with Harriet and would love to be friends with Frida. All of which really pisses Frida off.

Enter a distracted social worker, supervised visitation, and a court hearing that is the stuff of nightmares. Dystopia takes off when Frida arrives at the experimental reeducation school with a cohort of mothers of various ages and races, set on a defunct college campus upstate. “In order to get Harriet back, Frida must learn to be a better mother. She must demonstrate her capacity for genuine maternal feeling and attachment, hone her maternal instincts, show she can be trusted. Next November, the state will decide if she’s made sufficient progress. If she hasn’t, her parental rights will be terminated.” 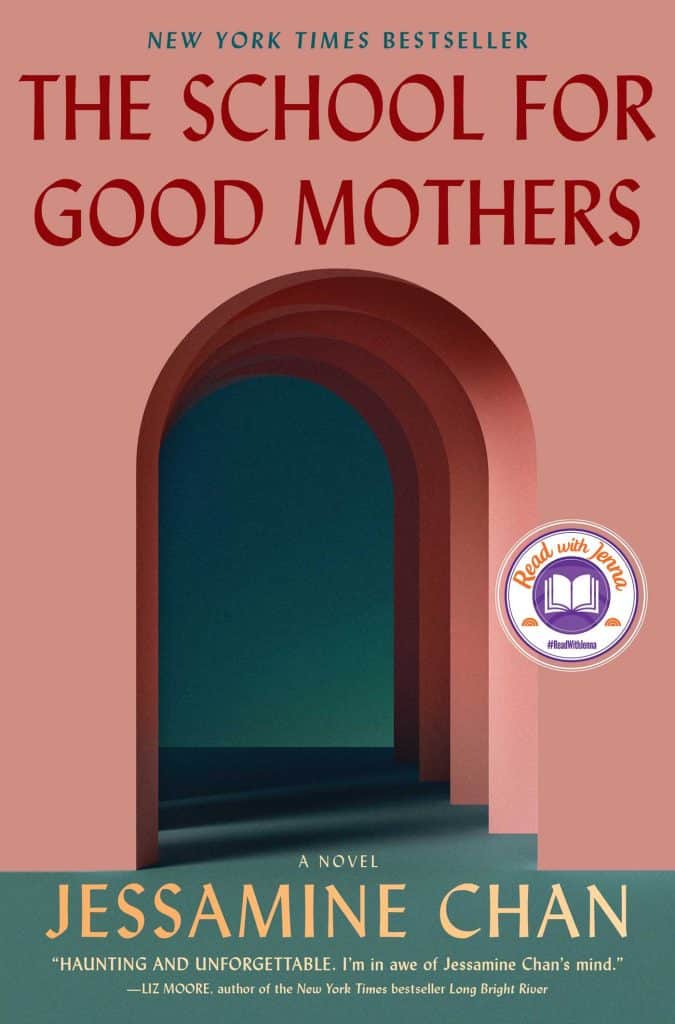 While in concept, this novel is vaguely reminiscent of Margaret Atwood’s The Handmaid’s Tale, The School separates itself with its sickening familiarity. Atwood has said the horrors of Gilead were drawn from the true history of humanity, somewhere far away from modern life in North America. The School exists in that subtle gray area that lives next door, in our schools, and in our own friend circles. Chastising Frida after her weekly ten-minute call with her daughter, a counselor advises, “Your daughter is changing … it’s a bittersweet experience for all parents. You need to accept it …. How much do you really know about her life right now?” Then, “Remember, ladies, this is a safe space.” There are no red robes and white bonnets here to signal society has gone off the rails; rather, this microculture is truly all-American.

Once institutionalized, each mother is assigned a robot doll.

There’s a camera inside each doll … the dolls will collect data. They’ll gauge the mothers’ love. The mothers’ heart rates will be monitored to judge anger. Their blinking patterns and expressions will be monitored to detect stress, fear, ingratitude, deception, boredom, ambivalence … whether her happiness mirrors her doll’s. The doll will record where the mother’s hands are placed, will detect tension in her body, her temperature and posture, how often she makes eye contact, the quality and authenticity of her emotions.

At the school, motherhood is a simple exercise in performance.

‘Your voice should be as light and lovely as a cloud,’ Ms. Russo says.

‘What does a cloud sound like?’ Beth asks, looking up at Ms. Russo through a curtain of glossy hair.

‘But that makes no sense.’

Much like parenthood itself, the school term is long and tedious, with failures emphasized, successes taken for granted. “Your instructors have told me that your hugs lack warmth. They said, I quote, ‘Frida’s kisses lack a fiery core of maternal love.’” A counselor sets unnatural goals. “By next week, at least five successful hug sequences. More efficient articulation of shortcomings. Fewer shortcomings …. A higher pitch. Higher daily word count. Frida needs to relax …. Data collected from the doll has suggested substantial amounts of anger and ingratitude.”

Correct mothering is, of course, a ridiculous concept, and yet our society insists on judging mothers, for we are such easy targets, with our persistence in devotion, tendency toward self-reflection, and willingness to course correct. Just when you are getting the hang of things, your beloved six-year-old wakes up seven or eight or nine, and you begin again. The job requires an endless well of passion and generosity and commitment. Labels like “good” and “bad” are paltry next to the scope of the task.

And Chan’s keen social insights aren’t limited to motherhood. She’s concerned also with the ruthless realities of race and gender in America, as we see in Frida’s interior thoughts at her trial. “[T]he judge probably won’t see Frida as a person of color. She isn’t Black or brown. She’s not Vietnamese or Cambodian. She’s not poor. Most of the judges are white, and white judges tend to give white mothers the benefit of the doubt, and Frida is pale enough.”

Did I mention there’s a school for dads next door? Surprise: the expectations for good dads are different.

Chan gets so much right in this story, but as a single mom, I want to point out what she gets most right: when you are a parent without the sanctuary of traditional marriage and family, you know you are vulnerable. Once the law is involved in a family, anything could happen. A mother who has had to rebuild her life never relaxes. The School is fine with this. “A mother is the buffer between her child and the cruel world. Absorb it, the instructors say. Take it. Take it.”

My own mom used to tell me her greatest fear after she and my dad divorced was that he would remarry, and we children would go waltzing off with him and his new wife and forget all about her. This made no sense for many reasons: I was an adult when they divorced; she’s my —mom—we had a whole history. Not to mention, my dad never remarried, and he rarely waltzes. But cultural programming tells us women are supposed to be coupled, and it’s their fault if things fail, and if indeed they fail, maybe they don’t deserve to be loved. It was my mother’s own imagination that terrorized her.

Chan gets this. In The School for Good Mothers, she takes the messy pile of internalized misogyny mothers live under and externalizes it, turning it against a newly single mom who has everything going for her—she’s smart, educated, and she has a good job and a supportive family. If something like this could happen to Frida, what does that mean for the rest of us?