Books: The Waiting Is the Hardest Part: Agency in Jane Austen’s Pride and Prejudice

Some years ago, I read an essay that criticizes the women in Jane Austen’s Pride and Prejudice for sitting around waiting for things to happen to them. The story doesn’t start, the essayist claims, until the men arrive. This take on Pride and Prejudice misses Austen’s point, I think. Austen’s protagonists are strong women who take action. They have agency and use it, but they are also smart enough to exercise their agency strategically and with discretion.

I can’t argue with the fact that there is a lot of waiting going on in Pride and Prejudice. And admittedly, the waiting is being done by the women in the story. They wait to be asked to dance. They spend “wearisome and dull” hours waiting in the drawing room for the men to show up. They wait for men to return from war. In Austen’s world, an unmarried woman waits for a husband. A married woman waits for the birth of a son.

Sure, women in Austen’s England are forced by the constraints of society to do a lot of waiting around. But just as Jane Austen exercised her agency to become a prolific novelist, I would argue that her heroines do a great deal more than wait. In Pride and Prejudice, for example, Elizabeth Bennet takes her future into her own hands, and this is what we love about her. She is spirited and determined. While her options for taking action are limited, she knows how far she can push the bounds of waiting and ultimately exercises what agency she has to become Mrs. Darcy. Not a very feminist goal, I know, but at the time, a good marriage was pretty much the only option for a woman. A secure future with a man you also happened to love? That was hitting the lottery.

Elizabeth Bennet is quite modern, in fact. She refuses to marry for anything other than love, and she exercises control over the things she can in order to propel her life toward her desired outcome. But women in Austen’s real and imagined worlds have limited agency to decide their own futures. Austen’s women must wait for men to throw balls, and once the balls are thrown, they must wait to be introduced to men, and then they must wait for these men to ask them to dance. As Henry Tilney says to Catherine Morland in Austen’s Northanger Abbey, “‘[I]n both [matrimony and dancing], man has the advantage of choice, woman only the power of refusal.’” Clearly, the agency of women was uppermost in Austen’s mind as she wrote. 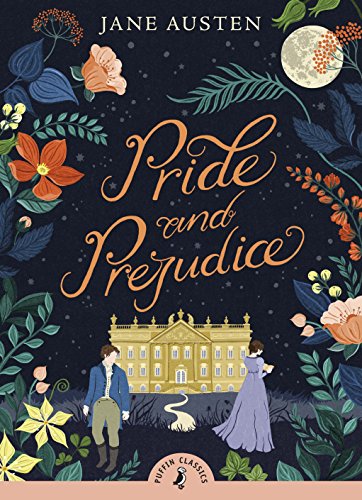 At the first ball in Pride and Prejudice, Elizabeth is “obliged, by the scarcity of gentlemen, to sit down for two dances, and during part of that time, Mr. Darcy has been standing near enough for her to overhear a conversation between him and Mr. Bingley.” It is because Elizabeth is waiting to be asked to dance that she hears Mr. Darcy describe her as “‘tolerable; but not handsome enough to tempt me.’” The things she hears while waiting propel the plot forward. Waiting has its benefits—in this case, it gives Elizabeth the intel she needs to size up Mr. Darcy and his temperament. While the essayist writes that the story doesn’t start until the men arrive, it seems to me the story starts while Elizabeth is waiting.

After she rejects Mr. Darcy and then realizes her love for him, Elizabeth spends a good part of the novel waiting for Mr. Darcy to declare his love a second time. Elizabeth does exercise agency once she realizes she wants a second proposal from Darcy, although she must do so within the constraints of society. Once she is resolved that Darcy is “exactly the man, who, in disposition and talents, would most suit her,” Elizabeth makes every effort to make herself accessible to Darcy during his visits with Bingley to Longbourn, within the bounds of social propriety.

It is clear she does not do this for the purpose of thanking him for what he did for her family—she doesn’t consider doing so. Instead, during Bingley and Darcy’s second visit to Longbourn, she hopes for the chance to spend time with him:

“[Elizabeth] was in hopes that the evening would afford some opportunity of bringing them together…. She looked forward to their entrance, as the point on which all her chance of pleasure for the evening must depend.”

She does not think about finding a chance to thank him, but thinks of her own pleasure. When another girl sits near her, so that there is no room for Darcy to join her, she opens a conversation with him while he stands nearby, remarking to herself that, “if he wished to converse with her, he might have better success.” When Lady Catherine visits Longbourn, demanding a promise from Elizabeth that she will not marry Darcy, Elizabeth refuses to make such a promise, knowing that Lady Catherine will “meditate an application to her nephew,” although she is unsure how Darcy will react.

Finally, the moment she is alone with Darcy, Elizabeth thanks him for helping her sister Lucy, despite the fact she hasn’t thought once about thanking him. In fact, she knows thanking him will embarrass him. She’s only thought about the pleasure of his company. It’s a manipulation, however well-intentioned–a socially acceptable way for her to draw him into conversation. And she admits her own feelings are paramount:

“Mr. Darcy, I am a very selfish creature; and, for the sake of giving relief to my own feelings, care not how much I may be wounding yours. I can no longer help thanking you for your unexampled kindness to my poor sister.”

Having failed at all other efforts to get his attention, Elizabeth does not risk a second attempt at casual conversation. She seizes the opportunity to initiate a conversation with him which must necessarily turn intimate, although what he did for Lucy does not seem to have been in her thoughts during the previous days.

As for Jane Austen herself, by the time she began her final work on Pride and Prejudice in 1809, she was thirty-four years old. Her father died four years earlier, in 1805. She accepted a marriage proposal in 1807, but withdrew her acceptance the following day, opting instead to devote herself to her writing career. “Anything is to be preferred or endured rather than marrying without Affection,” she advised a friend a dozen years later. Austen was not waiting for anyone. Why would her heroines?