Thursdays at Orange Blossom House by Sophie Green is a novel about three women, at different stages in their lives, who are brought together through weekly yoga classes—on Thursdays at Orange Blossom House. There is seventy-four-year-old farm owner Maud, middle-aged English teacher Patricia, and thirty-something café owner Dorothy, who is desperate for a baby. Age separates the three women, as well as lived experiences and generational outlooks. They don’t appear to have any common interests, but each of them is drawn to this yoga class for a particular reason, and over time they are drawn to each other for what reveals itself to be the same reason.

“That day Dorothy first wandered away from this café and towards that yoga class, she could not have known what Orange Blossom House would bring her. Now she does, and it gives her the strength to walk back inside, sniff back her tears and get on with her day.”

We experience the novel through the eyes of each woman, with the narrative point of view shifting from chapter to chapter. This also provides us with a view of each woman from the perspective of another woman, giving us, as the readers, a dual perspective on each person—both their internal view of themselves and the views others hold about them. We are exposed to the pain that each woman feels as they ruminate, alone, on their troubles, in a very personal and intimate way, which is relatable. After all, we have all had troubles we have obsessed about. But we also have the opportunity to see each woman’s problem from another perspective, arguably a more objective one, which allows us to form our own opinion. 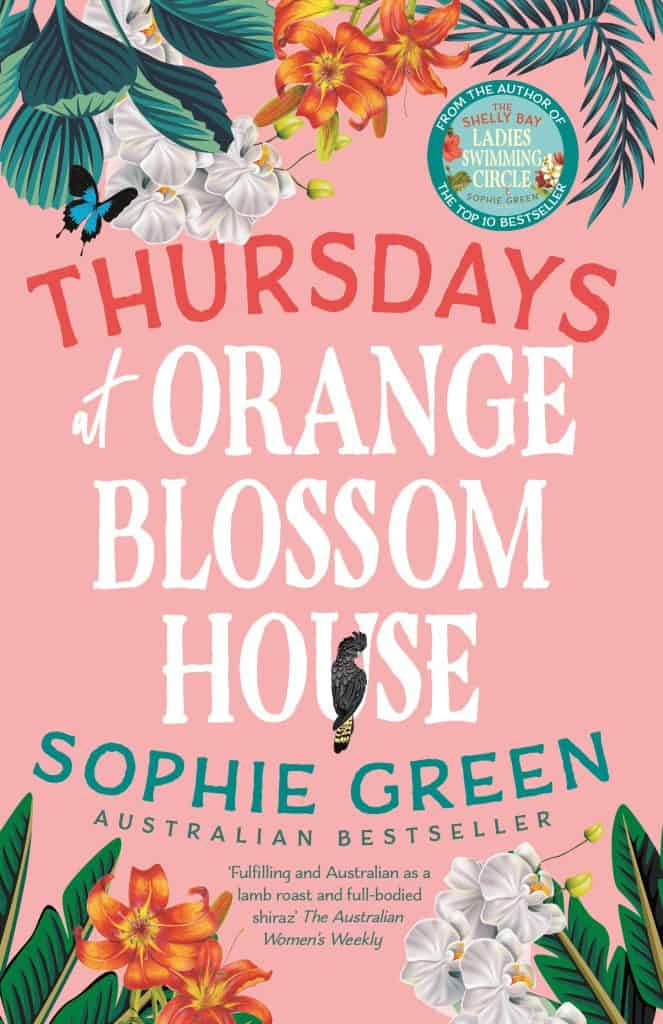 And these struggles the women face—from being the sole caregiver for an elderly parent with dementia symptoms, to miscarriage, to loss of a sibling—are truly heart-wrenching. They are life-changing problems that feel overwhelming. Each woman believes she has to do it by herself, and yet she feels stuck in the knowledge that she can’t do it alone and doesn’t know how to move forward.

As a woman who has felt pressured into hyper-independence to prove my inner strength in a society that consistently refers to me as “the weaker sex,” I related on an emotional level to the narrative. Although I didn’t relate to any specific problem anymore than the others, the narrative reflected the idea that problems we keep to ourselves can seem greater in our own minds than they would be if we asked for help. The women in this novel struggle with asking for help too and think they’re doing a good job of hiding their internal struggles, only for the other women—complete strangers at that—to intuitively know that something is going on and offer to help. In helping each other, they begin to realize that strength doesn’t lie in silent struggle, it comes from being interdependent, that is, finding kinship and support when you need it. By offering support to the other women, each woman embarks on a journey toward the discovery that mutual support and standing shoulder-to-shoulder with others helps them best after all.

It is a story that is a testament to the power of female friendships. Even when we don’t have obvious commonalities, we all have struggles and negative emotions attached to those struggles. Even if we can’t relate to a specific struggle because we haven’t experienced it, we can relate to the emotions attached to it. It’s the kind of warm hug that says I am there for you, even when we feel completely alone and isolated from the world. And, for many of us, it’s a message we need to hear (or re-hear) for it to sink in—you are not alone. It certainly is that lesson for Maud, Patricia, and Dorothy, who learn more from each other than they ever would have predicted. And all from one simple weekly yoga class they each take on a whim.

“A wistfulness settles on Patricia’s face and Grace Maud recognises it; the mixture of regret and relief that arises when you know you’ve become the person you want to be only because some of the things you thought you wanted never happened.”

The time and place of the novel–Queensland, Australia in 1993—are inspired by Sophie Green’s first yoga class in Australia. And it shows. There’s a lot of yoga in the novel, and classes form a key part of the narrative. But although the yoga class is the backbone of the novel, the yoga is not a scene stealer. In fact, it acts more like a conduit, facilitating the coming together of these women. They often break away from class to talk or fall into giggling fits during downward dog poses. So although it’s a novel about yoga, you don’t need to be an expert at yoga (or know all the fancy terms!) to enjoy the story. Their yoga teacher explains the feel of yoga, and why it’s beneficial, but it’s done in a way that isn’t preachy. It’s just there—curling like steam out of a hot mug of tea.

Ultimately, this novel is a powerfully quiet tale of finding your tribe—the women who encourage your dreams, support you during difficult times, and stand with you against those people or things that try to tear you down. If Sex and the City were more suburban, and the sex replaced with really good yoga, you would have Thursdays at Orange Blossom House.